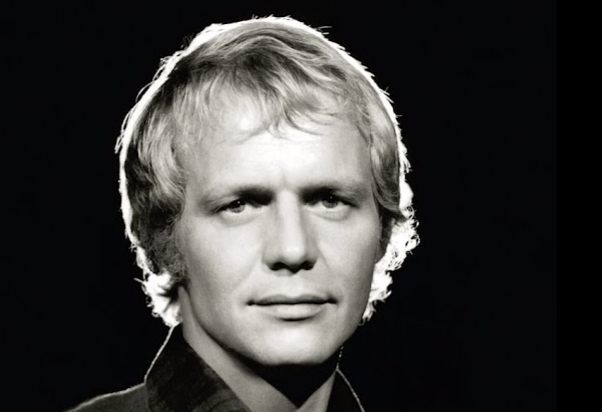 At the kitchen table of his London flat, David Soul is re-enacting the 1974 auditions for Starksy & Hutch, except he’s not playing Hutch—the blond, blue-eyed California detective who made him one of the biggest TV stars in the world. He’s playing Starsky—or, technically, Starsky actor Paul Michael Glaser.

“This guy walked in, who I knew from New York, Paul Glaser,” he recalls. “He sat down to do the scene, and all the way through he was cracking these walnuts, like this…” Soul reaches into a bowl of walnuts, handily placed by his elbow, and starts crushing one in his fist. “And after we’d done the scene, they said: ‘Yeah, that’s our pair.’”

If the 76-year-old is enjoying the role-play, it might be because Starsky—sassy, streetwise, and with a way cooler car (the iconic red Ford Gran Torino, nicknamed ‘the Striped Tomato’)—was the part he coveted in the first place. That’s if he could be persuaded to do the show at all.

“At the time, I thought television was a bit beneath me,” admits Soul, who was fresh from a career-making turn in Clint Eastwood’s Dirty Harry sequel Magnum Force. “I was going to be an Artist. And Hutch was a little bit white bread for me,” he adds. “I wanted to be Starsky. It was like the difference between the corner shop and Waitrose.”

An Illinois native of Norwegian extraction, the former David Solberg had ended up in Hollywood slightly by accident. Having turned down a possible baseball career with the Chicago White Sox, he’d taken up music while living in Mexico, and found early success as the Covered Man—a folk singer whose identity was hidden behind a mask, half a century before ITV had the same idea (“I should make an appearance on that damn show,” he chuckles).

The gimmick had actually been inspired by a trauma, when Soul walked into a room and found his best friend in flagrante with his wife on the sofa. “That sort of destroyed me,” he says. “It was a very dark period. I went into hiding, and I didn’t speak. On stage, I would say one line: ‘My name is David Soul, and I want to be known for my music.’”

When the mask finally came off, he was offered an acting contract with Columbia/Screen Gems, starting out doing guest turns on TV shows like Flipper and Star Trek, during the era recently mythologized in Quentin Tarantino’s Once Upon A Time in Hollywood. (“I was at the house on Cielo Drive the night before it all happened,” he says of Sharon Tate’s murder by members of the Manson Family. “I lived right around the corner in Benedict Canyon. That was the death knell of that decade; it really was.”)

It was Starsky & Hutch, though, that changed everything for him, becoming an instant worldwide hit, and setting the gold standard for TV buddy cops. “We didn’t have a clue it was going to be so successful,” says Soul. “That only happened in the second year. Paul and I basically ran the shoot—the streets were our playground, and we’d be driving around with people shouting, ‘It’s Starksy and Hutch!’ But we took it very seriously. We improvised a lot, and we trusted each other, totally. There was no one-upmanship or anything like that. Timing-wise, we just sensed each other. It was magical.

“He’s still my best friend—we talk all the time,” he adds of his former co-star, who went on to suffer the unimaginable tragedy of losing both his wife Elizabeth and daughter Ariel to AIDS, contracted via a blood transfusion while in labor. “We’ve shared a lot together.”

Buoyed by the success of Starsky & Hutch, in 1976, Soul returned to his first love of music, topping the charts on both sides of the Atlantic with his debut single, ‘Don’t Give Up On Us,’ the first fruit of a creative partnership with nine-time Ivor Novello-winning songwriter Tony Macauley. A string of further U.K. hits followed, and he even knocked Elvis off the top spot with the gloriously infectious ‘Silver Lady,’ but financial difficulties with his American label stalled his progress in the U.S. “The timing was miserable,” he says.

When Starsky & Hutch ended after four seasons, Soul capitalized on his fame by… going off to direct a documentary about uranium poisoning in the Midwestern water table. Like you do. “I’ve never been very good at having a career plan,” he smiles. “I probably should have focused on getting into film while the opportunity was there. But I think: What’s the point? I’m happy.”

He and Glaser also sold their share of the Starsky & Hutch rights for a knockdown $100,000. But that doesn’t keep him awake at night either. “Once in a while, I get pissed off about it,” he admits. “But, again, what’s the point?” The only thing he regrets losing, he says, are the homes that went to his ex-wives (of which there have been four). “I’ve lost several houses to divorce, and here I am now, renting,” he says. “Life’s funny like that. But I don’t need much more than this.”

In the early ’80s, David Soul went from being a global TV and pop icon to… not being one. Was that hard to deal with? “It depends what stock you put on that,” he shrugs. “It’s defined by the outside world, as opposed to what’s going on inside. That whole thing about charting and being Number One and knocking Elvis off the top—it sounds like a gangster movie! I don’t have much time for that sort of stuff. It’s empty.”

He was also battling an alcohol problem, and was arrested after drunkenly assaulting his third wife, Patti Sherman, when she was seven months pregnant. “It was a moment that changed my life,” he says—adding that it would be too easy to excuse his behavior by blaming the pressures of fame. “I admitted it, I took anger management classes, and since then I’ve been able to help men’s groups with these issues. Because I’m totally in control of myself, I can be a help to others.”

In the early ’90s, Soul moved to the U.K. to work in the theater (though he also spent two years as a doctor on Holby City), and he became a British citizen in 2004. “I am a Brit,” he says. “But I’ve got six kids, and I’ve still got a foothold in the States. I guess, no matter where you end up, where it begins—that blood runs in your veins.”

His five sons are “spread all over—Idaho, L.A., Louisiana, New York…” and his daughter lives in Whitstable [England]. He has seven grandchildren. “I’m lucky to remember their names sometimes, much less their ages,” he grins. “But they’re great.”

In 2010, he married his fifth wife, theater P.R. Helen Snell. “She’s an English rose,” he says. “A wonderful, remarkable woman. For the first time in my long and checkered life—professionally and personally—I really have found someone who’s my soulmate in truth.”

Soul is something of a truth-seeker by nature—hence making activist documentaries, when he could have been making millions in Hollywood. It’s something he most likely inherited from his parents: his father, Dr. Richard Solberg, was a Lutheran minister and professor of history and political science, and his mother, June Johanne, was a teacher. He had an itinerant childhood, including six years in Berlin, where his father was helping with the post-war reconstruction of Germany.

Soul also studied political science at college, and his current bedside reading is Democracy: A Journal of Ideas. It’s all a long way from his popular image as a ’70s superhunk. “But I never traded on that,” he sighs. “I got so tired of hearing myself described as a hunk…”

Has he also inherited his father’s faith? “Faith is alive, but religion isn’t,” he says. “I’m not a practicing anything. I ran into that problem in the Midwest when I was growing up. The religious right—whackos and weirdos, condemning you for whatever you did, damning you to Hell. I’m not a religious person. But I am a man of faith, and of hope, and joy, and sorrow.”

In latter years, Soul has been beset by health problems, including lung cancer and chronic obstructive pulmonary disease. In 2017, he spent 10 weeks in intensive care after lapsing into unconsciousness during a hip replacement operation; doctors didn’t expect him to live, but he’s still here to tell the tale—albeit without the breath or the mobility (he walks with a stick and sometimes uses a wheelchair) to work on the stage. “I do other things now,” he explains. “Right now I’m writing a show about Pablo Neruda, the great Chilean poet.”

He’s also been busy remastering his music back catalogue for this month’s David Soul Gold—a lavish, 44-track, triple CD (or 14-track gold vinyl) anthology featuring all the hits, plus songs by the likes of Leonard Cohen and Charles Aznavour (who was a friend).

He takes out his phone, and fires up one of his favorites—a cover of Colin Blunstone’s ‘Tearing the Good Things Down’—on Spotify. As the track plays, he sings along, softly, with his eyes closed. “You know,” he says, when the song finishes, “there is something that’s worthy of preservation in our human existence. Where we come from, what we identify with, what’s important to us. And that keeps getting bashed and bashed. That’s what that song’s about.”

The offer to put the anthology together came out of the blue, he says, but he’s enjoyed working with an engineer to give the catalogue a proper, digital scrub-up. “I thought, it’ll probably be my last hurrah, so to speak. So why not? They’re good songs.”

They were wild times, he recalls, of those days when he was at the top of both the TV ratings and the pop charts. “I was working 14- to 18-hour days on Starsky & Hutch, then on a Friday night I’d hop on a bus or a plane, do concerts on the weekend, then be back at work on Monday morning. It was pretty nonstop. But I had good energy.

“I still have the energy now,” he adds, with a smile. “I just don’t have the frame to carry it anymore.”

David Soul Gold is out now on Demon Music—available here.

An edited version of this article was published in ‘Weekend Weekend’ on March 12, 2020 © Waitrose.