News: The Power of Love Brought to the UAE 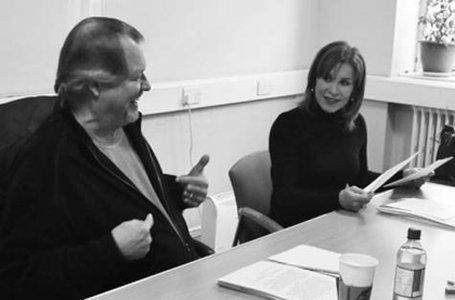 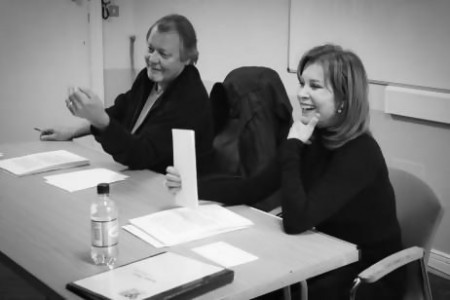 Nominated for the Pulitzer Prize for Drama, the American playwright AR Gurney’s Love Letters will be staged in Dubai at the Madinat Theatre this week. It tells the story of Andrew Makepeace Ladd III and Melissa Gardner, two childhood friends whose lives have taken different courses. The pair, however, continue to write letters to each other for more than 50 years.

Directed by Ian Talbot and starring the American actress Stefanie Powers (Hart to Hart) and the American/British actor David Soul (Starsky and Hutch), the play brings together laughter and sadness, with the audience often seeing something of their own lives up on stage.

It is being brought to Dubai by the UAE-based Art for All and the London-based Jamie Wilson Productions (When Harry Met Sally, The Night Before Christmas).

The universal story is pertinent to any nationality, according to Talbot, the artistic director of the Regent Park open-air theatre in the U.K. “We have worked on the premise that Andy has discovered the letters in his attic after many years. He reads them and memories come flooding back. Both sit in rooms that represent their personalities.”

The play aims to illustrate how “inept” we sometimes are when trying to express true feelings.

While Melissa talks about the merits of the telephone above letter writing, the character of Andy finds the phone inhibiting and can only relay his true feelings on paper. With the constant advancements in technology, Talbot says he can sympathise. The director recounts a recent experience at a restaurant where six people sitting at the same table focused on their mobile phones rather than each other.

“We are losing the ability to communicate and I mourn the lack of letter writing,” says Talbot.

Writing with the stars

Having seen the results of the successful partnership between Powers and Soul when they previously acted in the play, the producer Jamie Wilson decided to reunite the pair for the Dubai performance.

AR Gurney was once quoted as saying the play “needs no lengthy rehearsal, no special set, no memorisation of lines and no commitment from its two actors beyond the night of the performance.”

Both Soul and Powers say the “unusual” play is a “gift” and a “joy” for any actor to do. The actors describe the story as an insight into two people’s lives through letters that show how they become who they are and in what ways they both deal with life. They encourage UAE residents to come and watch how they made each character their own, and also to witness their on-screen chemistry.

“It’s a study of the human condition that audiences will be able to relate to,” said Powers and Soul in a joint statement.

They were both “very moved” by the play from the first read as it stirred different emotions.

Opening with a “beautiful rendition” of Love Letters, Love Letters asks the audience to be true to themselves and avoid allowing others to suppress what they believe, says Talbot.

“Everyone experiences strong emotions that sometimes are hard to relate. The play is a challenge but it is so well written that if you cast it with two talented and experienced actors, it will take care of itself,” he adds. “Everyone can ask themselves if they have always followed their hearts.”

The story also explores how the characters come from comfortable backgrounds materially, but find it hard to express themselves emotionally.

“These are two wonderful parts that don’t come along all that often. No wonder it attracts star names,” says Talbot, who advises the audience to “bring a handkerchief.”

Love Letters opens on Thursday and continues until Saturday at Madinat Theatre, Souk Madinat Jumeirah, every night at 8 p.m. Tickets cost Dh200-Dh275 and are available at the Madinat Theatre box office, Time Out Tickets, Groupon and Virgin Megastores. The performance moves to Abu Dhabi’s Armed Forces Officers’ Club on February 5 at 8 p.m. Tickets are Dh200-300. For tickets and more information visit Art for All or Madinat Theatre.

by Maey El Shoush, The National