It seems fair enough that some licence is granted when rendering poems in a different language, but dropping entire cantos is surely taking things too far 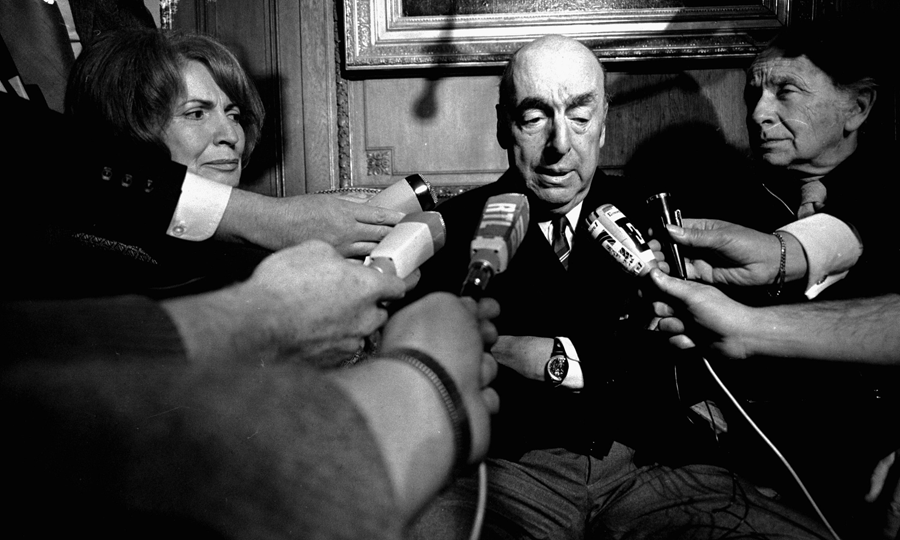 Perhaps it’s down to his wonderfully refreshing manifesto for “an impure poetry” or maybe (whisper it not) it’s due to the seduction of David Soul, whose one-man show featured gloriously on the book’s podcast, but I’ve become more than usually obsessed with Chile’s Nobel Laureate Pablo Neruda. What’s not to love about a poet who wrote odes to artichokes and laundry and argued for “a poetry impure as the clothing we wear, or our bodies, soup-stained, soiled with our shameful behaviour, our wrinkles and vigils and dreams, observations and prophecies, declarations of loathing and love, idylls and beasts, the shocks of encounter, political loyalties, denials and doubts, affirmations and taxes”?

So it was great to learn that a tiny U.S. press is to publish an English translation of 20 lost poems that were discovered last year. Then Come Back: The Lost Neruda will be out from Copper Canyon Press in April 2016 in a translation by Forrest Gander.

I’m not familiar with the work of Forrest Gander, so I wait with some trepidation to see what he will make of lines such as: “Reposa tu pura cadera y el arco de flechas mojadas/extiende en la noche los pétalos que forman tu forma”. I hope he will bathe them in a lyricism of a higher order than the literal translation provided by the Neruda Foundation when the discovery was announced: “Rest your pure hip and the bow of wet arrows/Extend into the night the petals which make up your form.”

The reason for my anxiety is that I’ve done battle over the years with some pretty ropey translations — most recently with Ben Belitt’s 1974 collection, Five Decades: Poems 1925-1970, which I picked up in a London bookshop because it carried a parallel text in the original Spanish and that felt like a necessary prop in making the case for Neruda as a canonical poet to a roomful of sceptics who thought he was far too impure to be good.

As far as clunky lines go, this edition’s final lines to the poem Dream Horse take some beating: “I need but a spark of that perduring brightness/my jubilant kindred to claim my inheritance”. (Belitt is fond of perdurance — it reappears in the Ode to the Elephant, that “blessed beast of the perduring forests.”)

It’s unkind to to quote out of context, and particularly from a version that is more than 40 years old, but at the book group I encountered a bigger problem, which raised issues about poetry translation that go far beyond Neruda.

There were five of us in the room reading from three different editions. One of the skeptics announced that she had found a poem she had liked, The Heights of Macchu Picchu, a 12-poem sequence inspired by a visit to the ancient Inca city after which it’s named and published as part of Neruda’s 1950 collection Canto General. She was particularly keen on the majestic sixth canto, she said. We all turned eagerly to the poem, only to find that one edition had lopped off the final two lines, while another had omitted the sixth canto altogether.

It’s one thing to translate a poem badly, but it’s quite another to translate selectively, and the discovery threw me into a crisis about the possibility of reading any poetry in translation at all. It was a perfect illustration of the fact that all translators create their own reality, which may or may not reflect the intentions of the writer. After all, if you make the decision to cut out six cantos in a 12-canto series (as my edition did), to what extent are you even trying to keep faith with with the original work?

I found some sort of an answer in Neruda’s own argument for an impure poetry — in his championship of “the used surfaces of things, the wear that the hands give to things”.

In them, he wrote:

“one sees the confused impurity of the human condition, the massing of things, the use and disuse of substance, footprints and fingerprints, the abiding presence of the human engulfing all artefacts, inside and out.”

What is translation, after all, but another set of fingerprints?

Pablo Neruda is one of the world’s most widely loved poets whose reputation has spread ever wider since his death in 1973, inspiring books, films, and song cycles. Now he has inspired David Soul to create a one-man show based on readings of his poems with live music from guitarist Hugh Burns. We listen in to Soul’s show, The Passion and Poetry of Pablo Neruda. We also talk to Soul with Neruda’s biographer Adam Feinstein about the life, loves, and political passions of the Chilean Nobel literature laureate. —The Guardian

Update Required
To play the media you will need to either update your browser to a recent version or update your Flash plugin.