When our family left Sioux Falls, South Dakota, in 1949 (I was six) on our first trip to Berlin, our arrival was only a few months after the end of the 1948-49 Berlin Airlift. We were housed in the American sector of West Berlin, where my father, Dr Richard Solberg, a history and political science professor and, incidentally, a Lutheran pastor, had been hired by the U.S. Commission that oversaw the American sector of Berlin, to administer aid to the ‘waves’ of refugees: teachers, farmers, students, factory and shop workers, children, musicians, artists—even a bishop and a drama troop—all escaping the draconian ‘sea’ of the Soviet & Stasi controlled GDR, East Germany, and fleeing into a tenuous safety of the ‘island city.’

Dad’s work focused on those arriving at the refugee center, Marienfelde, but as his reputation grew, many also managed to find their way to the front door of the Solberg home in Berlin-Dahlem where my mother, headquartered in the kitchen, would feed them while my dad would post himself in front of the fireplace and counsel and advise the lonely, the frightened and the weary, about their next steps—how best to reunite with their families in the West. My brother John’s job was to stand lookout at the front door and make sure no one was followed. At that time in Berlin, you learn very quickly not to take anything for granted. My job was to look after the children, providing each guest with a small mesh bag containing a pencil, a box of crayons, a multi-colored tablet, a pair of paper scissors, and something no child had ever seen before: an orange. You cannot imagine the wonder in the faces and the eyes over a piece of fruit that we took for granted.

Grateful for what Mom and Dad had provided, so many, who had nothing, wanted to give something of what they did have … their talent. The photo above is one example. Along with what it represents, this beautiful transparency became a family heirloom and was bequeathed to me by my dad just before he died. This young artist requested a pencil, a straight razor, a black card, transparent paper, and a bit of glue and then, sitting at our dining table, he created this moving piece of art.

Who knows what was going through his mind as he created this transparency? Perhaps the birth of the Christ child and the hope it represents may have driven this young man’s flight out of the only home he’d known in East Germany and into the unknown … and the dream of a new life in the West.

The words, DAS LICHT SHEINT IN DER FINSTERNIS (“THE LIGHT SHINES IN THE DARKNESS”) depicts a place of REFUGE emerging out of the darkness of repression and fear. It has sat on our mantle in every home and at every Christmas since 1949 and it was up there again in 2021, albeit in London. More importantly, now I can share it and the story with you! Have a better New Year! 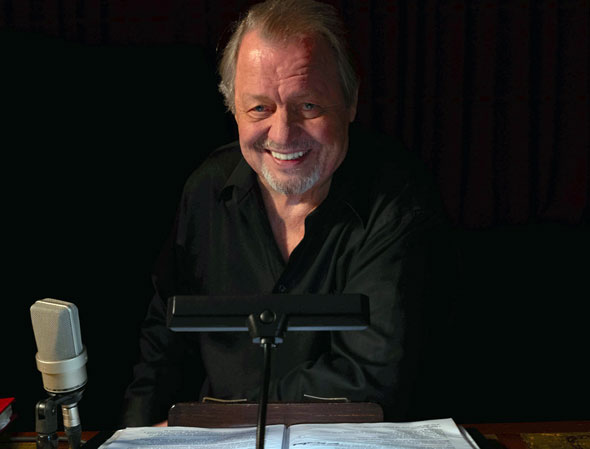