A Gower choir are hoping to welcome their new honorary president to their annual concert on Saturday, U.S. actor and singer David Soul. The star of the 1970s cop show Starsky and Hutch popped into to see Cantorion Llanmadog rehearse while on holiday in the area last summer. He was impressed with what he heard, later accepted an invitation to become choir president, and has now indicated his intention to take his seat at Capel y Crwys, Three Crosses, on Saturday at 7pm, when Pontarddulais Male Voice Choir, soprano Ros Evans, and tenor Richard Allen will also be singing.

On the choir’s website, the 72-year-old actor said that in his 20 years living in Britain he had rarely encountered a more beautiful area or friendlier community.

“Also knowing how noted the Welsh are for their love of music and, as a musician myself, I was blown away by Cantorion Llanmadog and its eclectic repertoire, including traditional Welsh songs, religious songs, tunes from musical theatre and even Queen’s Bohemian Rhapsody,” he said. “As a big fan of their music, I am very proud to be a patron of this wonderful choir. You must come and hear them.”

And he is hoping to do that himself on Saturday, said choir spokeswoman Eleanor Edwards.

“He was staying at a place owned by one of our members who mentioned the choir and invited him to rehearsals with his wife,” she said. “He was most appreciative and I think he went to the pub with one or two of them afterwards. It was most surreal. Someone contacted him by email and he is hoping to come back on Saturday.”

Compere for the evening is Garry Owen, with musical director Lynda Jenkins, and proceeds going to the Motor Neurone Disease Association. The choir was formed in 2008 and has raised over £20,000 for charity.

Pass This Issue Around 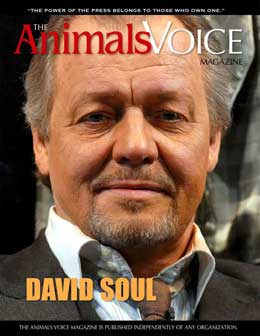