Based on a novel written by Dalton Trumbo at the beginning of World War II, this harrowing, thought-provoking story seemed almost unfilmable until Trumbo himself finally took the directors helm some thirty years later to tell the story of soldier, Joe Bonham (Timothy Bottoms) who lost his arms, legs, and most of his face during the First World War. This anti-war film came out of the Cannes Film Festival with three awards; its subject matter handled in a way that’s not so much anti-war as pro-life. Trumbo originally conceived the idea for his novel in 1933 when he read about a British officer who had been horribly disfigured during World War I. This led the authorities to lie to the officer’s family, telling them that he’d been killed in action when actually; he lived for another fifteen years as a human vegetable. 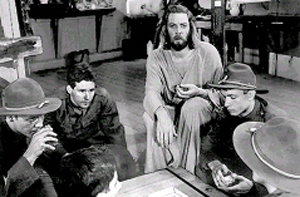 A succession of directors were approached to bring Trumbo’s novel to the screen, including Trumbo’s first choice, Luis Bunuel. Warner Bros allocated a budget of $2 million to cover production costs, but that never materialized. Eventually, Trumbo and producer Bruce Campbell managed to raise $750,000 from private investors for a forty-two day shooting schedule which took place in 1970.